A Masterpiece Returns in the Modern Era

Introduced in 1974, the Roland RE-201 Space Echo stands among the most legendary and sought-after effect units ever produced. This tape-based classic remained in production for over 14 straight years, and its distinctive rhythmic echo sounds, warm character, and highly playable sonic quirks still inspire musicians, producers, and audio mixers over four decades on.Backed by intensive R&D and our latest innovations, the RE-202 faithfully delivers the authentic sound and behavior of the Space Echo like never before. Built by the company that designed the original, this advanced pedal captures the RE-201’s magic in flawless detail, from the magnetic tape and motor properties to the vibrant spring reverb and colorful preamp circuit. And to take things even further, we’ve expanded the vintage Space Echo experience with lots of new features tuned for today’s music. 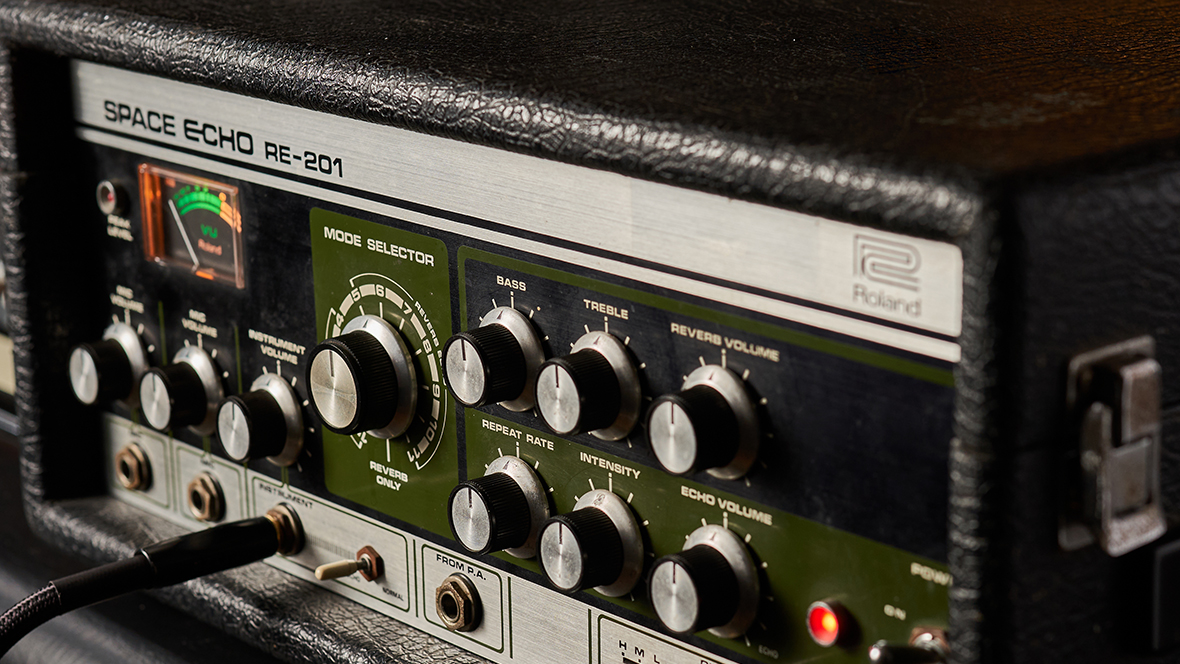 Tape echo was the first delay effect and one of the first effect processors available for electronic musicians. In contrast with today’s CPU-based digital units, a tape echo is a simple machine that uses a motor to pull magnetic tape across one or more record/playback heads. Warm, full, and dynamic, the tape echo sound is influenced by many factors. The ever-changing input level colors the sound with varying amounts of tape saturation and compression. In addition, motor speed fluctuations, friction, wow and flutter, and other elements introduce an appealing modulated character that’s subtle and continually evolving.

The RE-201 was a benchmark Roland product and one of the leading tape echo units of its era. It featured three evenly spaced heads that produced a wider range of echo effects than typical single-head designs, plus an innovative free-running tape system that provided superior performance with minimal tape wear. Grab-and-go controls enabled quick access to clean, single delays or various head combinations for dense, rhythmic echoes. A spring reverb tank was included too, making the RE-201 a one-stop shop for quality ambience effects. Last but not least, analog preamp circuitry was another key ingredient in the Space Echo’s rich sonic recipe.

Realized through the latest technologies and exhaustive analysis of several vintage RE-201s—including a pristine original unit from the BOSS and Roland factory archive—the RE-202 brings the complete Space Echo experience to life in a versatile modern pedal.

While previous BOSS designs captured the true sonic flavor and essential characteristics of the Space Echo, new advancements have allowed us to go much deeper than ever before. With the RE-202, our engineers have fully reproduced all the complex, non-linear behaviors that contribute to the RE-201’s immortal character. Everything that influences the sound was carefully examined and recreated with all-new algorithms, including the tape path, record/playback mechanism, motor variations, preamp coloration, tape age, spring reverb character, and more 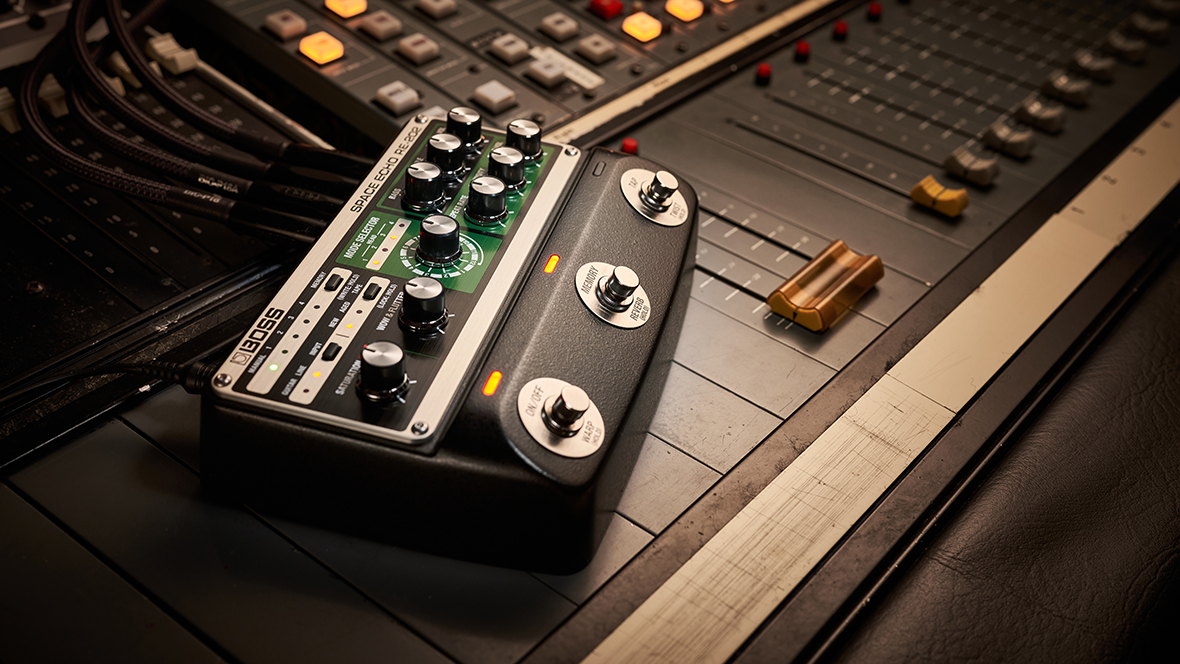